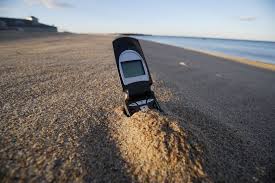 How much of a shock would it be if you were sent a smartphone bill totalling £5,858 after taking a quick trip abroad? Well that’s exactly what happened to one unhappy viewer of the BBC’s long running consumer rights show Watchdog. How? He forgot to turn off the data roaming function on his handset. Unbeknownst to him, and to many of us, smartphones and tablets automatically seek out mobile connections – if you’re not careful, you’ll soon start racking up a bill that could easily reach into the thousands.

For most of us, the thought of going abroad without our smartphone is unthinkable, yet each holiday season brings more news of holidaymakers hit with huge bills after posting a few harmless tweets or a beach selfie or two. So, how can you avoid these huge bills and still keep in contact with those on Facebook and the Twittersphere?

What Is Data Roaming?

Huge data roaming charges are often the crux of the problem. Data roaming is when you use another mobile network to access the Internet on your phone whilst still being billed by your usual network. Using the internet abroad costs a lot more than it usually does in the UK; each mobile network charges for internet access by megabyte (MB) of data downloaded, and the charges depend on your network and location. To give you a rough idea of how much data you might use each day, 1MB will let you send about twenty emails, without attachments.

With that in mind, and taking one example, Ofcom estimates that watching a sixty minute video over a 3G network in the middle of the French countryside could use between 50MB and 225MB of data – that equates to £8 per megabyte, costing you from £400 to £1,800.

If you aren’t aware of these charges or don’t watch out when you browse the web on your smartphone abroad, you could end up eating tinned beans for the rest of the year.

What Can You Do?

The best thing to do is to turn off your smartphone, drop it into the bottom of your bag, and catch up with the social media drama when you get back home. However, for many of us this just isn’t an option, and if you’re one of those people, don’t worry, there are ways you can save money and avoid incurring those huge charges.

–        Don’t watch TV, films, or download music. They require huge amounts of data so remain strong and catch up on Game of Thrones when you get back home.

–        Download apps designed to compress the amount of data you use. If you’re on a work trip abroad and need to stay in touch or view vital documents, these apps will stop you from incurring hefty charges.

–        Opt into the EU cut-off. Many mobile networks have been mandated to shut off your data connection once you have used around £40 – £50 of data per month. The provider must send you an alert when you reach 80% and then 100% of the agreed data roaming limit. They then must stop the data once it reaches 100%, unless you choose to continue.

–        Use an offline map. Ditch Google Maps and use an old-fashioned paper map. It’s much cheaper, and doesn’t run the risk of crashing before you reach your location. Alternatively, download a free GPS navigation app that you don’t need an online connection to use, such as Navfree, before going abroad.

–        Don’t download attachments or manually retrieve emails. If you must download something, try to find an Internet café instead.

–        Most importantly, turn off your data roaming and use Wi-Fi. Data roaming is the culprit for most huge bills – so the first thing you should do is to turn it off! A wireless hotspot is the cheapest way to get online. Ask at your hotel, and check which places offer wireless hotspots in the location you’re staying at. There are plenty of iOS and Android apps that show and find local spots, and you can search Google Maps to locate places that offer free Wi-Fi. Just watch out for cyber hacking and thieves. Don’t enter any secure info when using public Wi-Fi spots, as there’s always a risk it might be intercepted by others on the network and used for identity theft.

–        Watch out for accidental roaming. If you’re close to the border of another country, there’s a possibility your phone will pick up the network across the border. You might be charged as though you were roaming around in the other country, so keep an eye on what your phone is doing.

–        When you cross an EU border, your mobile operator will text you the local costs of services, including those to go online, in the country you’ve just entered. If they seem too high, just don’t go online.

–        Switch your sim for cheaper rates. If you’re a frequent traveller, a heavy data user, or going away for a while, you may be better off getting a cheap data sim specifically for the country you’re travelling to. It’s likely to be the most cost effective way to get online if you can’t find free Wi-Fi, as you’ll avoid roaming charges and only pay local costs. Which? named GeoSIM and 0044 as two of the best providers for global sim cards. GeoSIM claims it could save people up to 85% when roaming, and 0044 offers a variety of cards for different countries, including the US, Spain, and Australia.

–        If you’re going to be away for a while but want to stay with your network, invest in a dedicated data sim or bundle to get the best deal.

What If You Have to Use Data Roaming?

You might be forced to use data roaming, no matter how many precautions you take. If this is the case, it is still possible to keep costs to a minimum. If you’re a monthly contract customer (these offers usually don’t apply to pay-as-you-go), and you’re probably only going to be using a few megabytes of data, then it’s best to get an overseas data bundle from your network. Here’s what the major networks are offering their customers:

Orange customers who pay £3 a day can get a 50MB daily allowance in EU countries. For £5 a day, you can get up to 100MB. When you reach the allowance limit, the charge and bundle is automatically reapplied, up to ten times per day. For those travelling outside Europe, Orange has two data roaming bundles starting at £3 a day.

EE customers can get a 50MB daily allowance in the EU for £3 a day. There’s a higher allowance of 100MB for £5, or for 200MB to use over seven days for £12. The bundle is for contract and pay-as-you-go customers, and both can sign up for a data roaming add on when travelling outside of Europe.

O2 pay monthly customers paying £1.99 a day can get unlimited data in Europe with the O2 Travel service. Pay-as-you-go customers receive 50MB per day. The network offers a Data Abroad Bolt On for pay monthly customers travelling outside of Europe, but this costs £120 a month for just 200MB. Unless you’ve started a Netflix inspired Friends rewatch, browsing using free Wi-Fi would definitely be more cost effective.

An Internet Travel Booster add-on gives customers a 50MB data allowance, or 100MB a day for £5. Other options include 200MB for £12 and 500MB for £25. You can’t use mobile web abroad without this service, so you’ll never incur any hidden charges.

Three customers who spend £5 a day get unlimited free EU data. If you’re visiting one of Three’s Feel at Home destinations, you can use your UK minutes, texts, and data allowance for free without having to buy a pass (but they do have one, if you need more data).

What Should You Do If You STILL Get A Big Bill?

You might be able to get some money back if you’ve been charged incorrectly. Contact your network as soon as you can, sending them a copy of your bill, and detailing why you are disputing it and for what charges. After eight weeks, if the problem has not been resolved or you’re unhappy with your network’s decision, submit your complaint to CISAS or Ombudsman Services: Communications. Use the ADR checker on Ofcom’s website to find out which one your provider is signed up to.

Ways to Save Your Small Business Money

Saving money as a small business can be tricky—if you’re a startup especially, money might be tight already. You probably don’t have a big portion of your income that you… Read More »

Small businesses play a very important role in the recovering U.K. economy, with over 500,000 new businesses started each year in the U.K, and up to an alarming 57% of… Read More »

When you’re a small business trying to grow, there’s nothing more important than making an excellent first impression. If you’re running around trying to organise a million things at once,… Read More »