What is in store for Small Business in 2015? 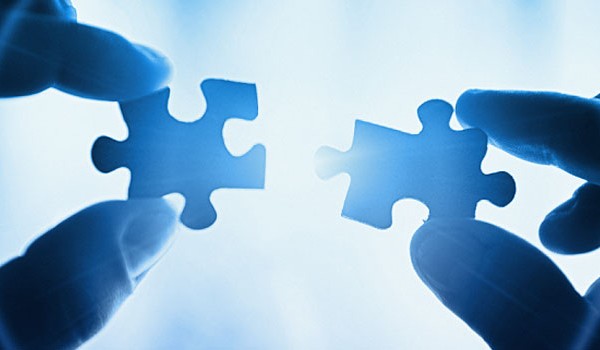 So the New Year has arrived and things are generally looking up in the world of business, especially in the UK. The economy is continuing to grow and improve as the world starts to move clear of the financial crisis that rocked the global economy in recent years leaving entire nations on the brink financially with even traditionally strong financial powerhouses like the UK and the USA facing downgrading of their AAA credit ratings in 2013.

December 3rd 2014 saw Chancellor George Osborne unveil this final Autumn Statement before the general election, and it contained a package of new measures designed to support Britain’s small businesses, including a proposed £900 million boost in lending.

What is the current state of the economy?

Before you can start thinking about how the Autumn Statement will affect your business, you need to know how the UK economy is doing. Currently, the UK is the fastest growing economy in the G7. The growth forecast for 2014 is 3%, which is up from the 2.7% predicted in March. There is a growth forecast of 2.4% for 2015, followed by 2.2%, 2.4%, 2.3%, and 2.3% in the following four years. There have been 500,000 new jobs created this year, a majority of which have been full-time. Unemployment is set to fall to 5.4% in 2015, and inflation has also reached a new low.

With all this, the economy is looking decidedly healthier for businesses, but what will George Osborne’s measures really mean for Britain’s small businesses?

The British Business Bank, which lends to small businesses that are struggling to raise funds from the high street banks, is to be given a £900 million cash injection by the government – £400 million for the bank’s venture capital and £500 million of new lending guarantees for the enterprise finance scheme. The bank has a target to provide £10 billion in additional lending to small companies by 2018. On top of this, the Funding for Lending scheme (which ensures that banks who agree to lend to certain groups get more attractive borrowing terms from the Bank of England) will be extended by an extra year.

Many small businesses will be relieved to hear that the Business Rates Relief Scheme is also to be extended for another year. The current scheme was set to run until March 2015 but the Federation of Small Businesses warned that over 300,000 businesses would have to pay rates they couldn’t afford, while almost 200,000 would have seen their business rates bill double. Currently, high street shops, pubs, and cafes receive £1,000 worth of relief on their payments, but this is set to increase by an extra £500 next year.

Osborne has announced a review of the business rate system, which it is hoped will help companies survive on the high street. The CBI, the Federation of Small Businesses, and the Forum for Private Business (FPB) have all been lobbying the government to lower business rates, and hopefully this review, expected to report in 2016, will lower the burden of business rates.

The so-called ‘job tax’ on apprentices is to be abolished by the Chancellor. In last year’s Autumn Statement, National Insurance contributions for workers under the age of twenty-one were axed. This has been extended and companies employing apprentices under the age of twenty-five will no longer have to make NI payments for them. The research and development tax credit for small businesses has also been increased to 230%.

What Do These Mean For Small Businesses?

For the most part, the 2014 Autumn Statement was incredibly positive for small businesses, and many business heads have praised Osborne’s proposed measures. On the whole, they have been designed to increase the survival rate of small businesses and encourage companies outside the usual big names to grow and thrive, especially on the high street, which is still struggling in parts of the country.

Osborne has appeared to listen to the needs of small business owners. The proposed full review of the business rates system should update and revitalise the old system, which many perceive as being long outdated.

The £900 million promised to the British Business Bank and the extension to the Funding for Lending scheme will provide much-needed capital to support small businesses and keep them thriving. These measures should encourage both short and long-term growth, supporting the infrastructure that businesses rely upon and providing a future workforce through apprenticeships.

However, some groups believe that the proposed measures do not go far enough. Additional funding for small businesses is always welcome, but there are those of the opinion that the amount pledged is far too small to provide the help that is required. British banks are still suffering from the ongoing impact of the credit crunch, and facing commercial and regulatory challenges that continue to discourage them from lending to small and medium companies. It remains easier to lend money to large corporations with assured incomes. The government must do more to assure that small businesses can be guaranteed support from British banks.

The Funding for Lending Scheme, whilst it may be focused exclusively on lending to small businesses, has only amounted to roughly 2% of all lending to small firms. The Chancellor perhaps needs to look at providing better access to alternate financial lenders. Osborne has announced support for peer-to-peer and crowdfunding platforms by outlining legislation that can allow them to grow, but it may take some time for the benefits of alternate financial streams to be felt in a real world sense.

The Federation of Small Businesses wanted simplifications to British tax regulations and the Forum for Private Business wanted more measures on reducing the problems small businesses face when it comes to late payments by bigger companies. The FPB had requested measures be set in place to ensure that councils would apply interest rate charges to late payments for any contractor automatically without a need for it to be requested. They also sought for the government to stop allowing HMRC to recover funds directly from the bank accounts of small businesses.

Overall, the measures are a good boost for small business in Britain and provide a financial base for companies to continue growing. However, there is still a bias towards larger companies, which is disappointing. Hopefully, Osborne will continue to listen to the needs of small businesses, and will not allow these measures to become nothing but some pre-election filler.

With the global economy generally moving through the crisis period the overall outlook for UK business is strong, and on top of the measures announced by the government in the autumn statement there are several other factors that should help with the overall recovery.

Oil prices have seen dramatic shifts recently, with the cost falling to the lowest levels for a number of years with the price per barrel falling by nearly 20% and forecasts suggesting the price will remain low for the foreseeable future. This is seen as a good sign generally as all sorts of costs to business are directly linked to the price paid for fuel.

The overall business climate is still tough but it looks to be improving all the time with UK entrepreneurs and small businesses leading the way to a strong recovery in this country.

« Is leaving customers on hold costing you business? Time (on hold) Is Money. »

Ways to Save Your Small Business Money

Saving money as a small business can be tricky—if you’re a startup especially, money might be tight already. You probably don’t have a big portion of your income that you… Read More »

Small businesses play a very important role in the recovering U.K. economy, with over 500,000 new businesses started each year in the U.K, and up to an alarming 57% of… Read More »

When you’re a small business trying to grow, there’s nothing more important than making an excellent first impression. If you’re running around trying to organise a million things at once,… Read More »